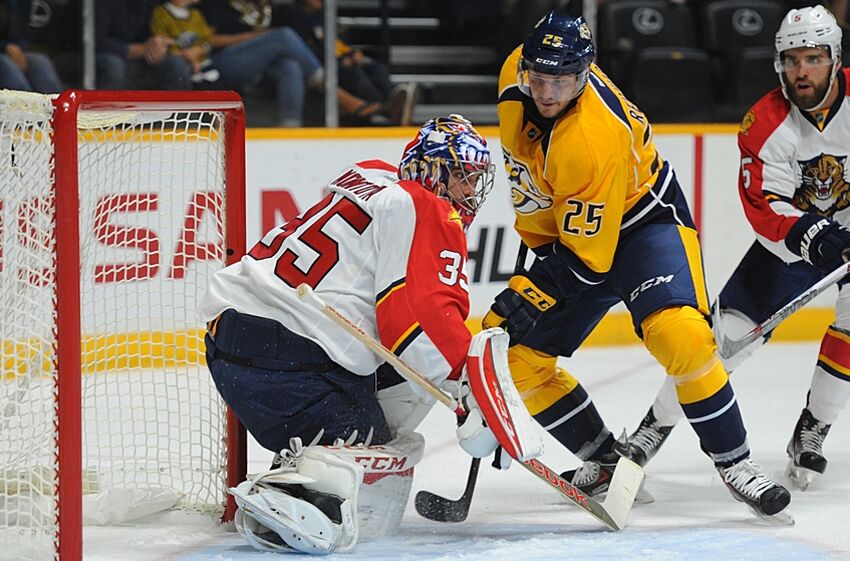 The Nashville Predators like all NHL teams are in a state of fluidity right now, although it seems as if the Preds are letting more players get away than signed.

Nashville Predators Restricted Free Agent Max Reinhart has joined another recent escapee, Corey Potter by signing with a contract with Kölner Haie in the German Ice Hockey league for next season.

The Nashville Predators acquired Reinhart from the Calgary Flames last July for a conditional fourth-round draft pick in the upcoming NHL Entry Draft.  The conditions were based on how many games he played for the Preds and as that didn’t happen, the Predators basically had a year of service in Milwaukee for him and will retain the Fourth Round pick.

Max Reinhard had played a total of 23 NHL games with the Flames with a total of one goal and five assists.  At 24, he still has some upside and actually played well last season for the Admirals where he had 23 goals and 38 points in 73 games and a team-leading +16 plus/minus.

According to this article at Admirals Report by Daniel Lavender, Reinhart left the team for a few games during last season for Personal Reasons that may have been because he felt he was overlooked for a call up to the Preds.  He came back and played his best hockey after that, though.

Like many players who play well at the AHL level but can’t crack an NHL lineup, he may be better off in Europe and have a productive career there. He has good passing ability and vision but it just didn’t translate well in putting the puck in the net at higher levels.

Next: Lower Salary Cap Could Help

The Nashville Predators and Milwaukee Admirals will need to sign some Free Agents or have some players ready from Cincinnati as the Ads lineup is changing rapidly.